What then should we do? 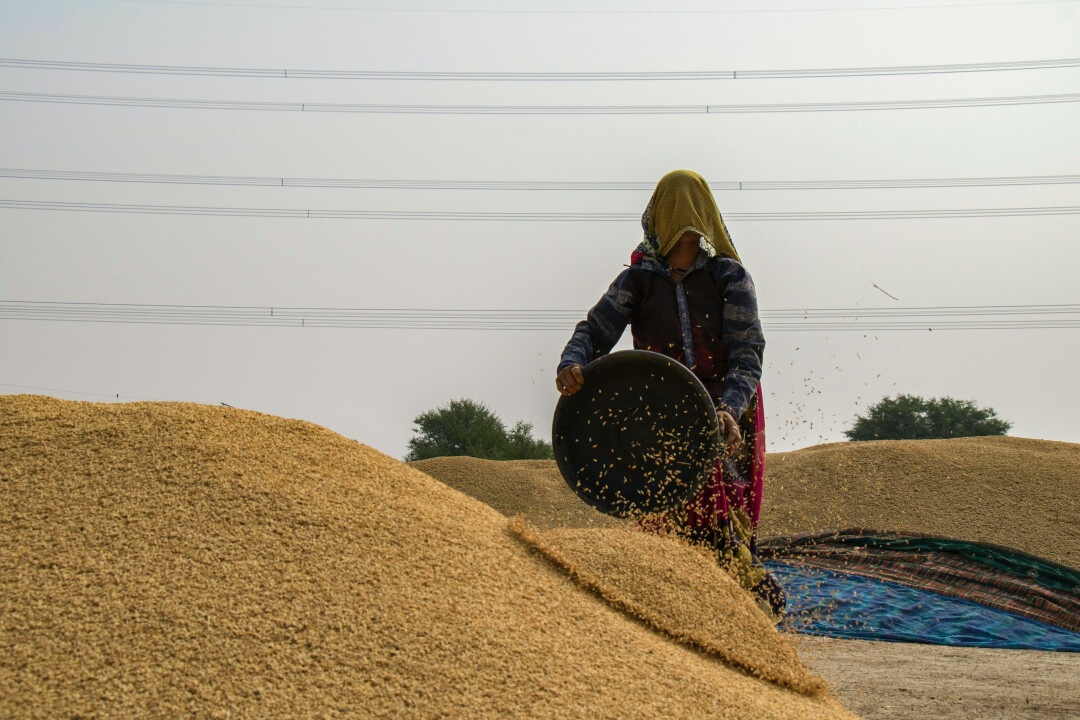 Good morning, you brood of vipers. I’m just kidding. It’s not a very nice way to greet people, especially people who have already decided to join your movement! Luke tells us the people John the Baptizer greets have already come to be baptized. It’s not as though John is sitting at the steps of the Temple yelling at passers-by “you brood of vipers” – which, by the way, I can easily imagine – but he speaks this way to people who have come to join him. Showing up is good, he seems to be saying. Showing up is required. But showing up is not sufficient. John seems to be preempting the possibility that these people have come just to check a religious box – to get baptized just in case – and aren’t really planning to change. He’s saying it’s not just about checking a box. We’re called to real change, deep within ourselves.

John’s harsh greeting seems to have its intended effect when the people ask what is really the ten million dollar question: “What then should we do?” If showing up isn’t enough and real change, real repentance, a real shift in direction is indicated, what then should we do? John goes on to tell them what they need to do, and his instructions are not just individual calls to action but also indictments of the systems that underlie their world. He tells them: give your extra coat or food away, don’t accept bribes, don’t collect more than the law allows. It seems like good, love-your-neighbor-type advice. But when all the other soldiers are accepting bribes and all the other tax collectors are collecting more than is due, acting in the way John calls for undercuts the very systems that dictate how the world works. You know who doesn’t like it when you give away coats? Coat makers. You know who doesn’t like it when you don’t accept bribes? Other soldiers. And when you collect tax fairly? Other tax collectors. John is calling us to the kind of repentance that looks like individual redirection – turning around, reorienting – and results in systemic upheaval.

As we recognize the way both individuals and systems are indicted by John, we are awakened to the reality that we’ve got some serious work to do, that there are countless ways in which we fall individually and collectively short of who we are meant to be. We must repent, change directions, and I believe we’re called in two ways: first away from sin, and second toward who we’re called to be. We must be always discerning both our sin and God’s call on our lives.

The part of Zephaniah that precedes today’s Hebrew Bible reading is also a very harsh indictment, this time of Israel, which has fallen away from God’s law. What we read in today’s passage from Zephaniah is the good news part, and it is the only place I can think of in scripture, although you know I’m an amateur, but the only place I know of where God sings. “God will rejoice over you with gladness, God will renew you in love, God will exult over you with loud singing.” There are, of course, a million ways to imagine God, and none is ever adequate. But imagine, if you can, God singing. Not just accepting you, not just forgiving you, not just loving you, but singing for joy for you. We have such wonderful music here are St. Matthew and First Trinity, and every week we sing to and for God. But never until sitting with this passage this week, have I imagined God singing back. Singing for joy for us. Singing along. It is God who considers us worthy, even before we turn and repent. As we ask ourselves, what then should we do, God has already answered in Jesus. It is Jesus through whom repentance is possible and in whom it is complete.

When John the Baptizer refers to Jesus, he says the one who i cosming has his winnowing fork in his hand, with which to separate the wheat from the chaff. The question seems not to be, what are we to do, but what is God doing in Jesus. Jesus is going to be the one to clean us up, turn us around, and filter out the unnecessary and unhelpful.

I always kind of assumed that winnowing was a violent or painful thing. I don’t know what I thought exactly, but I have imagined a person using a winnowing fork to stab or scrape the wheat, somehow. Forgive me, I am not a famer, and I don’t know where I got these images. The tempting thing is to think of wheat and chaff the same way as we something think of sheep and goats, or good and evil in the Bible, as if each person is one or the other. But no one is one or the other, and everyone is both. There is wheat in us and there is chaff. There is the good stuff, and that which must be cleared away.

But I learned this week that winnowing is not violent. The wheat isn’t being stripped or cut or stabbed, just separated. The winnowing fork isn’t even the instrument that does the separating. A person uses the fork to toss the wheat into the air, and the wind blows the chaff away, because it’s lighter. What separates the wheat from the chaff, the good from the bad, is wind. And it isn’t painful, and it doesn’t hurt the wheat. Perhaps it’s even God’s breath, God’s Spirit, which we often think of as wind, which causes that which is not good to float away.

I have a good friend who teaches religion at a Catholic school, and she was looking at this passage with her class this week. She asked the students to come up with alternative metaphors for winnowing. She was looking for modern analogies that might resonate with people like me who don’t know how farming works. Some of her students’ contributions include: separating the pasta from the pasta water. Removing the wrapper from a lollipop. Pruning dead branches from a tree. And my favorite, removing the black jelly beans, so that only the good ones remain.

Although in a lot of ways I believe we are active participants in God’s ongoing creation and active decision-makers in our own lives, the image of winnowing, or pasta straining, or jelly bean sorting, paints us as passive and Jesus as the one who does the work. God, through Jesus, is the active one who does the separating, the straining, the calling, and the forming. Sometimes, and I have learned this again recently, we have to stop doing what we’re doing to see what God is doing.

In the season of Advent, we pay particular attention to what God is doing in Jesus. Some might think of the incarnation of God in Christ as a kind of a last resort for God, as if God thought to Godself, “Well I guess I’m going to have to go down there.” I don’t think of it that way. I think of God taking part in God’s own creation as the miracle of miracles in which God entered this physical, tangible, gritty world, singing for joy for us, overflowing with love for us. God, in Jesus, breaks into our reality, winnowing fork - or colander or pruning shears - in hand, as he takes on the task of forming and calling and winnowing and straining and pruning us into our true selves.

And even before Jesus, John the Baptizer tells us what those true selves, in tune with God’s call on our lives, would look like. They are people who give away an extra coat, who resist corruption and fight against systems that sustain inequity. Spoiler alert: that is what we are being formed into, little by little, as we respond to the ways God calls and winnows us.

Do you know what famers do as they are winnowing? They sing.

And so, I leave you, my dearest friends, with this image, of a God who signs for joy for you, who manifests Godself as a human both to begin the winnowing and to finish it, and whose very spirit is blowing away the things that need to be blown away. What settles to the ground is just the wheat, just the person you are in your heart and for whom God sings.

That feels like a reason to rejoice in the Lord always, and again I say rejoice. 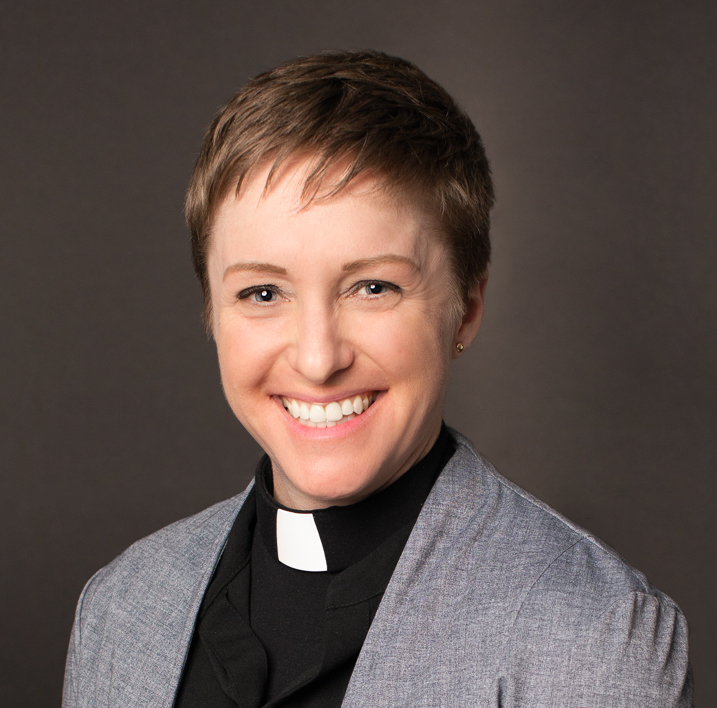